This time, I will introduce the movie samples that I shot with 5 vintage lenses and SONY Alpah 7II.

The five vintage lenses used are as follows.

First, I will introduce the location where I filmed the movie. 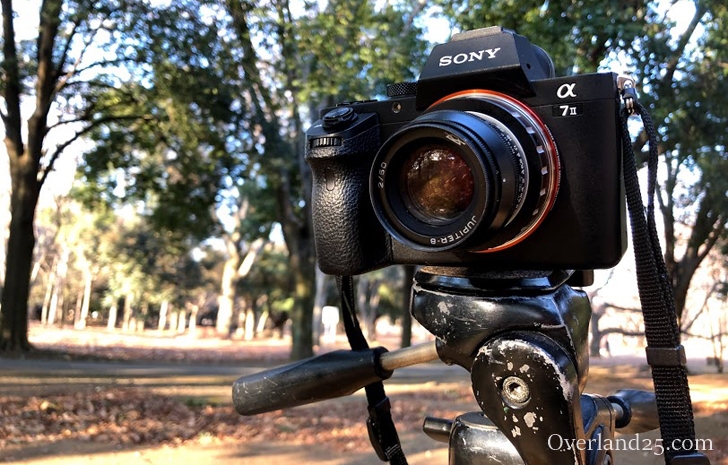 I currently own SONY Alpha 7II, but at the time of this shooting I used it borrowed from a friend.

The shooting location is Yoyogi Park, a large park in Tokyo. A movie was shot in the evening using a SLIK tripod.

The photo by Super-Takumar 55mm F1.8 creates a nostalgic feeling due to the flare in the backlight. Bokeh is also very beautiful.

Helios 44-2 58mm F2 is famous as a Swirly Bokeh lens. In this video sample, Swily Bokeh may be a little difficult to understand. On the other hand, it is a video that clearly shows how flares appear in a backlit environment.

The XR RIKENON 50mm F2 has a reputation for the quality of its photographs as it has the nickname “poorman’s Summicron”. You can see the sharpness of the focus even in movies.

PENTACON AV (Diaplan) 80mm f / 2.8 is the leading alternative projector lens of Soap Bubble Bokeh lens Meyer Optik Trioplan. To use this with a camera, there is a way to modify its mount.

This movie was shot before in front of Tokyo Station. If you look at this movie, it will be easier to see how the Soap Bubble Bokeh is being created.

Jupiter-8 50mm F2 is a Russian lens that creates soft Bokeh. This lens is also known to create rainbow flare in backlit environments.

This time, I introduced a movie shot with five vintage lenses and SONY Alpha 7II.

Vintage lenses will also show their features in movie shooting. The feature can be used as a movie production.